Dan Meadors and Eric Lambert
BASED IN: Kentucky, USA
SELLING SINCE: 2011

When Dan and Eric began their Amazon FBA journey back in 2011, the Amazon marketplace was still foreign territory for third-party sellers. It definitely wasn’t what it is today. And it was a whole lot trickier to navigate!

Eight years later, and the guys behind The Wholesale Formula are seven figure sellers with a ton of experience under their belt. Thankfully, they’re willing to share their story with us.

But let’s back up a bit.

Dan and Eric actually met when they worked for an online gaming company, and were in the same office. One day, their Chief Financial Officer (CFO) handed in his notice. It shocked everyone.

The reason he was quitting, he said, was because he had been selling on Amazon part-time and was now earning MORE money than his full-time job as CFO. He was going to pursue his Amazon business full-time. Dan and Eric were intrigued.

Before they fully jumped at the chance to replicate their CFO’s level of success though, they chose to first test out the proof of concept. Basically, they spent a minimal amount of money to find out if selling on Amazon was actually viable. Within three months, they decided to go all in.

By January of 2012, they had quit their jobs to take the biggest gamble of their lives.

With just $600 allocated to their new business, and questionable credit to boost their cash investment, they didn’t have the kind of financial security most sellers have when they make Amazon FBA their main income stream.

But the proof during the test run was enough for them. They recognized the opportunity to scale their sales and decided to get scrappy. They opened a new credit card for business purchases and put together a business plan.

What did friends and family think?

When they told their family and friends their plans, the news didn’t go over well. Dan’s wife even asked him to get his old job back!

But Dan and Eric understood that the new business would be time-consuming, especially in the beginning. And, as Dan pointed out, willingly walking away from health insurance and a steady paycheck always seems crazy. Throwing that kind of security away is extremely difficult (almost impossible), particularly when it’s done to pursue a no-guarantees business venture.

Eliminating that kind of stability could mean losing everything. Or, as their success story has shown, it could mean having the kind of freedom you never really thought was possible.

The reward always comes after the risk.

Starting in Retail and Online Arbitrage.

Eric knew they needed to build their capital for a year or two. It would give them a much-needed head start on their competition. So, they began by using the retail arbitrage method.

The plan was simple. They would go to brick and mortar toy stores to find items that would sell well at the end of the year (Q4 in business speak). And when things slowed down, they would source products from online stores to fill in the summer, seasonal gaps.

“This is a means to an end. This isn’t the end game for us.”

They put in long hours, spending days on the road away from their families. But they kept the bigger picture in mind, and their dedication and hard work made them profitable. However, though their original business plan was effective, it turned out to be more trouble than it was worth.

Three summers into their arbitrage business, they decided to abandon their efforts. They decided to take a shot at wholesale selling instead. 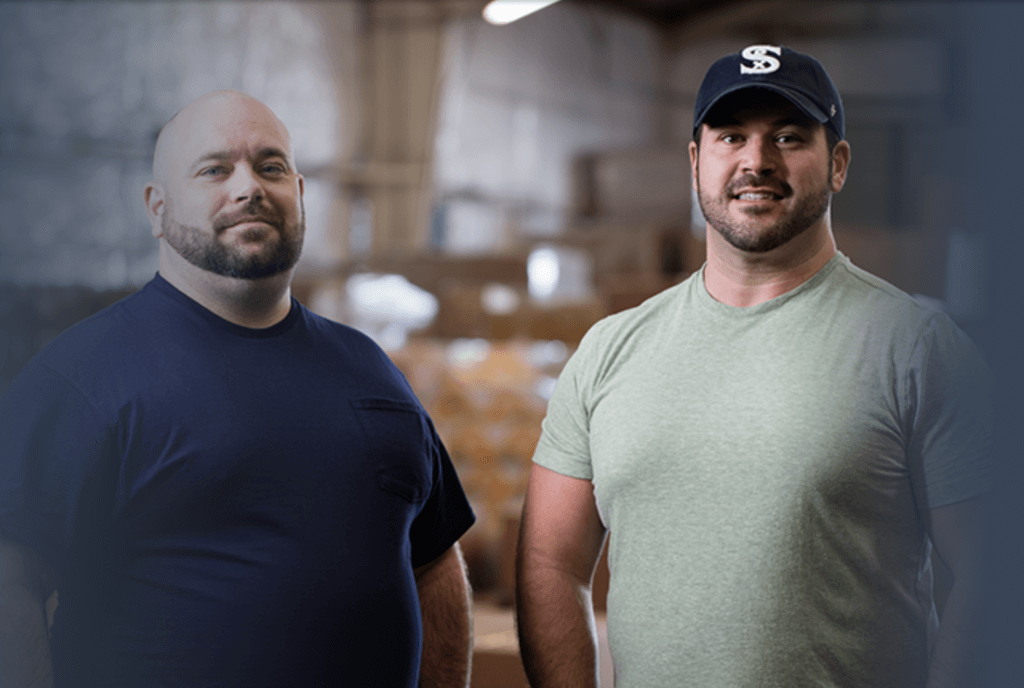 Making the Move to Wholesale.

In July, 2014, they planned to transition from arbitrage to wholesale over a period of six months. The holiday season was right around the corner, and they wanted to capitalize on the increase in sales that usually accompany the fourth quarter. So they waited until the new year to officially make the switch.

Once they made the change, Dan and Eric quickly realized that, in comparison to arbitrage, wholesaling was a huge time saver. Rather than spending time on the road, hunting for products to resell, they operated their wholesale business from their homes.

“We were looking for ways to build a regular income that wouldn’t have us out there chasing our next dollar.”

While they used to have their own warehouse, they’ve since closed its doors. Logistics were a headache, job turnover was high, and it was draining their energy and ability to focus on expansion.

Now they outsource all of their product packaging to a prep center for shipping. And to help with day-to-day operations, they have two full-time employees, as well as a few virtual assistants (VAs). The smaller staff has enabled them to drastically cut operation costs.

“We started making better contracts with providers,” they said, “so we can have the same profits, if not more, with less work…we’re being more selective with the accounts we work with.”

Essentially, they’ve begun to master the rules of the wholesale game.

Their business relationships and strategy have improved over time, and they’re business decisions are positively impacting both their profits and their partnerships. By scaling DOWN their business operations, and condensing their workflow, they scaled UP their profitability.

Less revenue and fewer headaches, but more profit! That’s what happens when you gain hard-earned, selling experience over time.

Through their entrepreneurial journey, Dan and Eric have gained a better understanding with respect to exchanging dollars for hours. They learned the importance of creating efficient processes that help generate profits with less stress.

And that’s exactly how Dan and Eric found Jungle Scout! They were trying to build their own software, to predict how much they were selling each month (great minds think alike!).

Even though switching over to wholesale saved them time, they still spent a considerable amount of it manually sifting through catalogs to find products. All they needed was a better system to manage their inventory. Being able to gauge which SKUs were selling over a certain period of time was at the top of their ‘needs’ list too.

They figured they would have to find a way to automate these particular pain points themselves, but after he found Jungle Scout, Dan realized they didn’t have to build their own software after all.

“It was so much better than what I envisioned in my head, but the same concept!”

When you have two rockstar wholesale sellers in the same room, it would be foolish not to ask them for advice. So we asked, and they answered! Here are their top tips:

Rewind! What would you tell yourself if you started it all over again, knowing what you know now?

Okay. Before you start running all over town, looking for products to resell, consider the following:

Dan’s Point of View (POV):
Ask yourself, what is the end goal? Do you want more time with your family? Financial freedom? Do you want to travel whenever and wherever you want? Your end goal is just as important as your starting goal, as it will set the tone and guide your business decisions.

“We weren’t building the business that we wanted.” – Dan”

Eric’s POV:
Sign up for an Amazon Professional seller account right away. Believe that you WILL sell at least 40 units per month. Set up a business LLC; it makes a huge difference once you start scaling. Also, tell yourself you’re building a big business; you’re not just selling something online.

Both Dan and Eric agree (and reiterate over and over again!) that outsourcing from the beginning makes a huge difference. They also recommend focusing on relationships with your manufacturers. They’ve cut product lines that don’t perform well, and are building business relationships with the product lines that do, since elevating a brand’s presence on Amazon increases the visibility of their business and their manufacturers.

Plus, promoting reputable brands also increases their profits, and improves their relationship with Amazon. By building trust and positive partnerships, they’re enabling their business to excel.

In short, if they could do it all over again, they would definitely start by selling wholesale!

The Wholesale Formula has set their sights on developing their brand partnerships, which will help them manage their entire Amazon business. The approach does require extensive Amazon knowledge, but they know they have the necessary expertise to succeed. It will be invaluable, as the direct-to-consumer movement continues to grow.

And while they could expand their business into other other e-commerce marketplaces, they choose to stay with Amazon. Dan and Eric’s goal is to be the best possible Amazon sellers they can be. They don’t want to split focus by selling on other platforms; they plan to double-down on Amazon.

Maybe it does take a certain amount of crazy to be successful in Amazon FBA, but ventures like this are always risky. And like Dan and Eric said, the barrier to entry is only going to increase with time.

So, while other people are looking for reasons NOT to get started, take advantage of Amazon’s open market and find a reason TO begin this journey. You’ll get so much farther!

Check out thewholesaleformula.com to learn more from this insightful, dynamic duo!