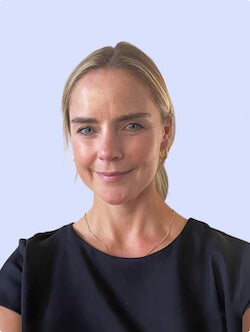 the leading all-in-one platform for selling on Amazon, announced that Elise Stribos has joined the team as the Chief People Officer. Stribos will oversee all Human Resources functions, including talent acquisition; performance and talent development; diversity, equity, and inclusion initiatives; compensation and benefits; and more.

“We couldn’t be more excited to have Elise join the team,” said Greg Mercer, Founder & CEO of Jungle Scout. “She both celebrates the unique, remote-first organization we’ve built over the years and brings her own valuable experience growing successful organizations and taking them to the next level.”

Stribos comes to Jungle Scout from her position as Chief People Officer at global fitness training community F45 Training, which made its initial public offering in July 2021. Before that, she led HR and Talent at Canoo, which she helped grow from 4 to over 400 employees, and served in various HR leadership roles in her hometown of Sydney, Australia.

“I’m grateful to be able to join a talented, innovative team that puts customers and people first,” said Stribos. “Jungle Scout is clearly in a position to thrive as a leader in the ecommerce industry, and my priority is to continue supporting and developing the people steering that growth.”

Stribos is based in Los Angeles and reports to Jungle Scout’s CEO, Greg Mercer.