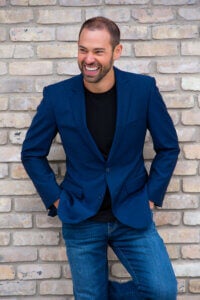 for selling on Amazon, today announced that its Founder and CEO, Greg Mercer, won the Ernst & Young LLP Entrepreneur of the Year® 2020 Central Texas Award.

Award winners were selected by an independent panel of judges and were unveiled during a virtual awards gala on October 8. Finalists were evaluated based on six criteria: overcoming adversity, financial performance, innovation, societal impact, talent management, and commitment to building a values-based company.

“I’m incredibly fortunate to have been able to spend my career as an entrepreneur, and I’m honored to be recognized as a winner of the Entrepreneur of the Year award” said Mercer. “Entrepreneurship has been a part of my life since I was a kid selling candy at a community yard sale. Founding Jungle Scout allowed me to help entrepreneurs like me achieve their goals, and now I get to continue evolving Jungle Scout into the most powerful, data-driven tool on the market — that keeps me excited to get to work every day.”

Mercer founded Jungle Scout as a product research tool in 2015 after years of running his own Amazon business. Jungle Scout has grown to become the leading platform for Amazon and ecommerce businesses from entrepreneurs to enterprise brands alike. Today, Jungle Scout is made up of a team of more than 150 employees around the world, and supports more than $3 billion in annual Amazon revenue.

The Entrepreneur of the Year Award is a prestigious business award program for entrepreneurs that recognizes visionary leaders who deliver innovation, growth and prosperity that transform our world.

Past national winners have included:

Mercer was one of nine award winners for the Central Texas Region. He will represent Central Texas at the National Awards Ceremony on Thursday, November 19, at which time 10 national winners will be named.