@liveagreatstory is celebrating 3 years of spreading inspiration and I wrote a blog post about some of the lessons learned through this crazy journey. Hit the link to check it out and make sure to come parttttyyyyyyyyyy tomorrow night #liveagreatstory 📸:@westoncarls

As a curious world traveler, entrepreneur Zach Horvath has created a movement born from his own risk-taking and truth-seeking adventures.

The simplicity of his message–to live a great story–has inspired people from all over the world, and invites us to approach life with spontaneity and authenticity.

But when he spray-painted this iconic motto along a running trail under the MoPac (named after the Missouri Pacific Railroad) in Austin, Zach had no idea how far and wide his simple message would spread.

And though this seller narrative begins with Live a Great Story, the idea behind it originated in 2012, while Zach was backpacking through Europe.

It may be a tale as old as time, but there’s something truly special about trading in a 9-5 desk job for global exploration in order to discover your purpose in life. However, many people will never take that risk. Which is precisely why Live a Great Story exists!

It encourages everyone from all different backgrounds to become the author of their own story.

Zach stands apart from our previous seller stories though, as he didn’t even have a product to sell when he created his business. He simply had those four words.

Becoming an Amazon seller wasn’t even on his radar.

But those four words were all that he needed. They’ve helped him build a brand that includes stickers, buttons, flags, and journals; all propelling his mission forward.

Zach has been a creative entrepreneur since he was a teenager, long before the Live a Great Story movement ever took off.

Therefore, when he looked at his career options, it was natural for him to question and examine his strengths to create a life that he would be proud of.

That imaginative entrepreneurial streak is also why Zach knew there was something special about those four simple words. He committed himself to seeing how far he could build the Live a Great Story brand.

Taking his message to the streets to spread the word, replicas of the original artwork began popping up in cities all over the U.S.  Reese Witherspoon even shared a photo of the New Orleans-based street art on her massive Instagram platform.

And that’s when the visibility of Zach’s brand began to take off.

With the encouragement of friends and family, and the hundreds of strangers who reposted the graffiti across social platforms unprompted, he realized he could build Live a Great Story into something bigger than himself. 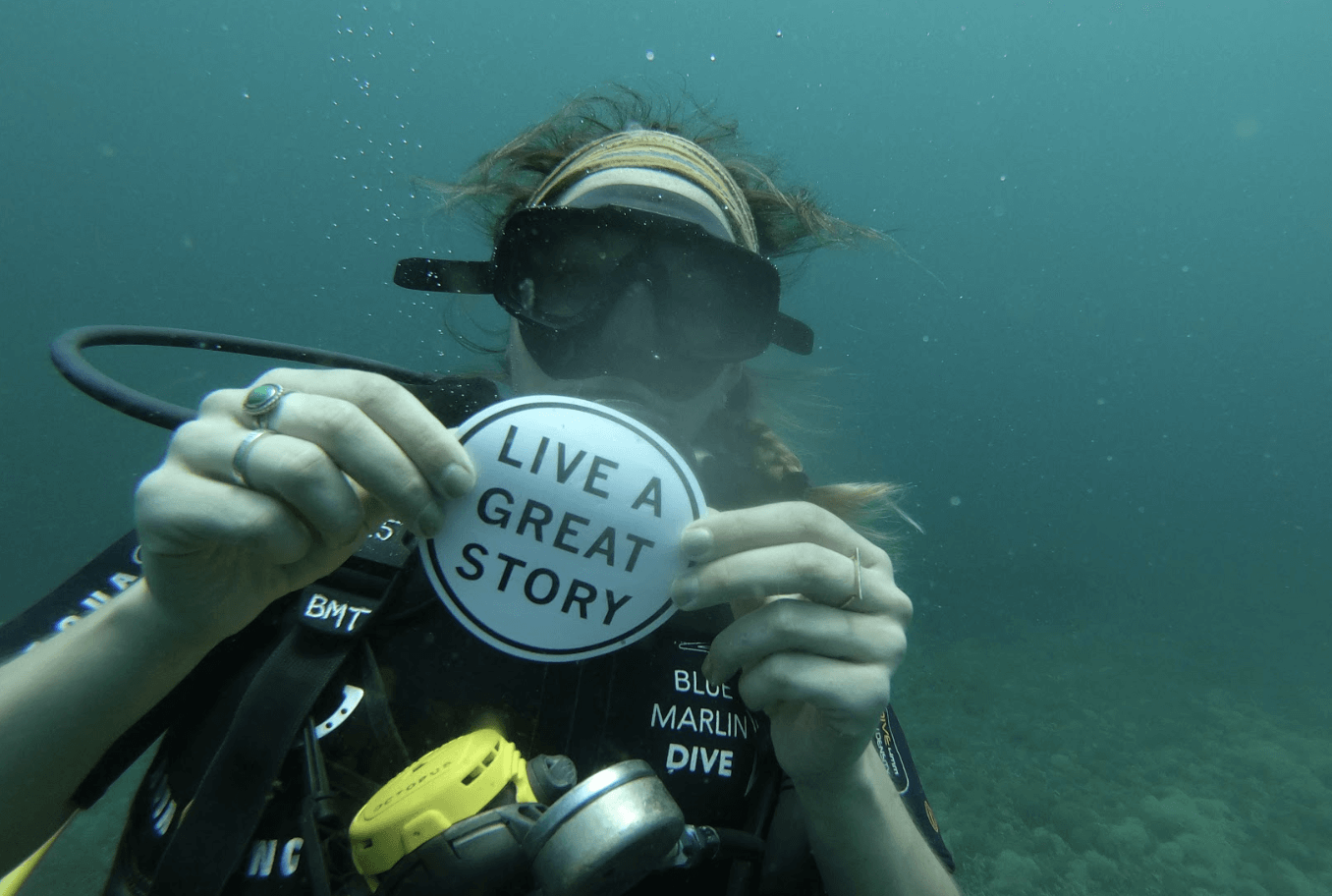 It’s important to note that Zach’s business didn’t start for another year after the infamous graffiti first appeared in Austin.

Zach decided that he wanted to gain experience in marketing and branding first. So, he relocated to San Diego where he inevitably left his mark again.

This time, after sparking even more social media shares, Zach found the motivation he needed to keep going and to begin growing his seed of an idea.

Stickers and buttons were the first branded products to go on sale, with the intention of selling them as multiples so customers could easily share them with friends and strangers. This tactic was key in continuing to build the Live a Great Story brand by word-of-mouth.

Social media quickly became his organic sales channel, where the mission lived and sales took off. And considering Live a Great Story is a visual call to action, it makes sense that Instagram became the backdrop for the business.

How did he make his way to Amazon?

Like many ecommerce sellers before him, Zach began by offering his products directly on his website, and an integrated Shopify store.

After running a successful Kickstarter campaign in 2018, Zach decided it was time to add Amazon to the company’s online, retail arsenal. But, without much knowledge of FBA (Fulfillment by Amazon) or private label, third-party selling was a brand new world for him.

As an Austin local deeply ingrained in the city’s entrepreneurial scene, Zach’s own personal connection to a Jungle Scout employee opened his eyes to the potential for even bigger success.

With one of our experts in his corner to show him the way, Live a Great Story joined Amazon.

Today, Amazon sales account for 10% of Zach’s business, and that number is growing steadily. He’s also operating the company as employee #1, working with about six contractors at any given time.

Live a Great Story is even on track to do $1 million in sales this year, as Zach continues to diversify his product offerings. 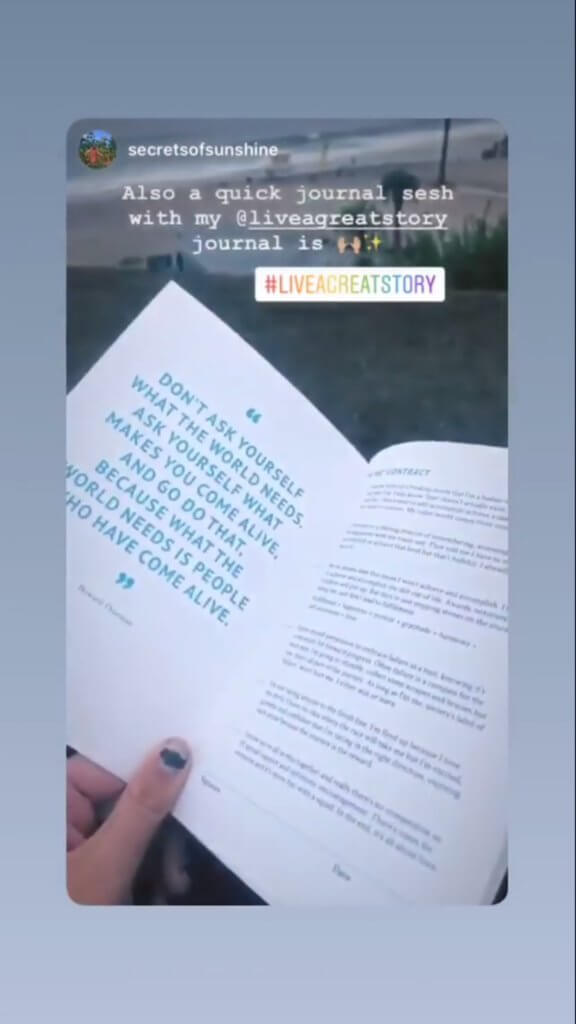 And, finally, word of mouth is still his leading marketing tactic. Live a Great Story stickers and buttons (and more!) continue to pop up all over the world, creating additional organic demand.

What can we learn from the “Live a Great Story” story?

There are so many inspiring takeaways from this only-just-beginning Amazon selling journey. It shows us that:

It’s exciting and inspiring to witness a passion-fueled entrepreneur begin to claim their stake in Amazon. And I doubt Zach will be the last. He represents a new generation of Amazon sellers who will, perhaps, teach us a new thing or two in the near future 😉

As Zach says, we’re always the author of our own story, and there’s still so much to be written. Does “Live a Great Story” resonate with you? Are you feeling inspired? If yes, please share your thoughts to the comments below.

But if you’re looking for more inspiration, check out these other seller stories: