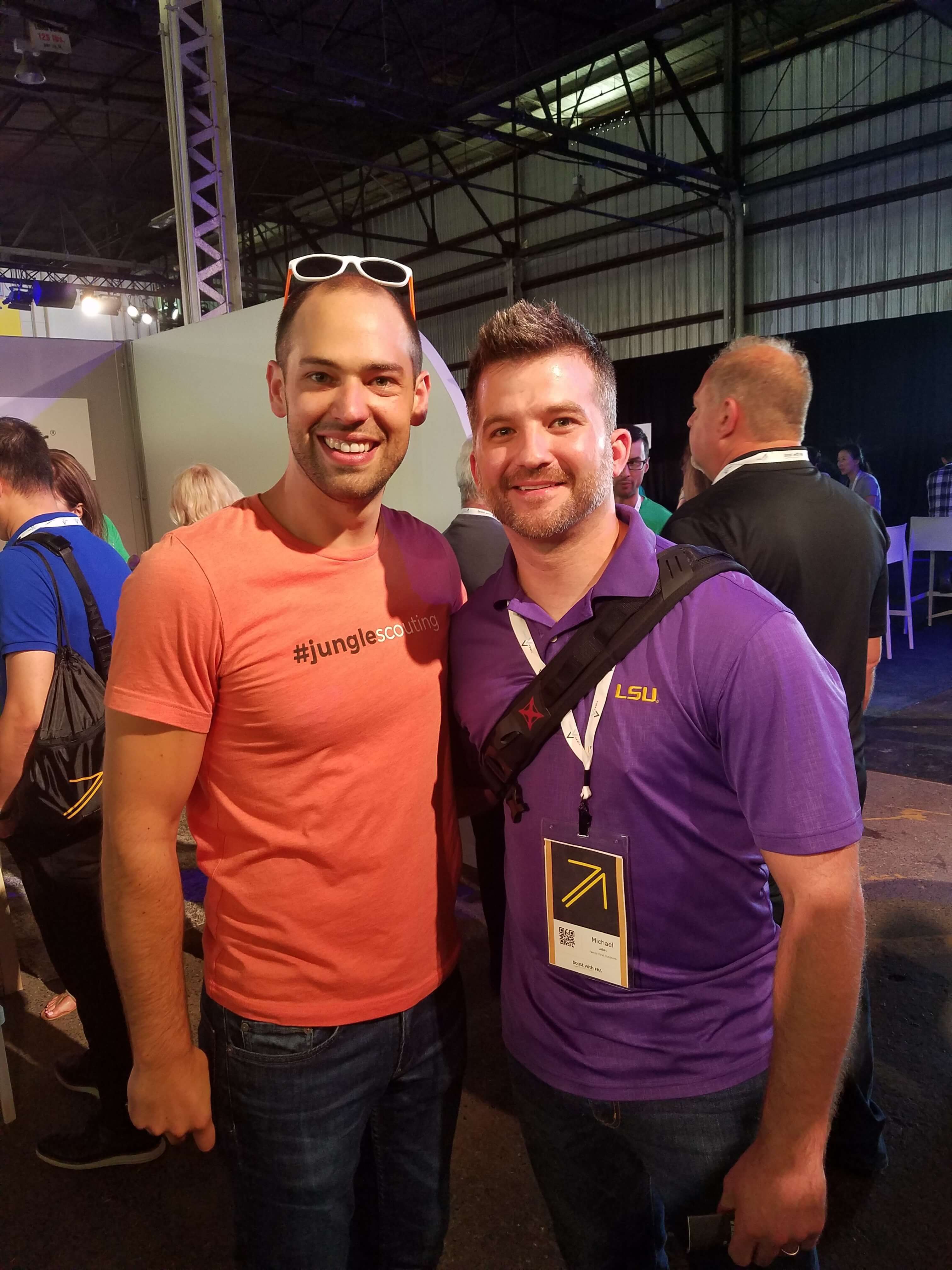 BASED IN: Louisiana, USA
SELLING SINCE: 2018

It all began when Michael sat down at his computer and Googled “how to make money online.” On the other side of his search, Amazon FBA, Greg Mercer and Jungle Scout were waiting.

Now, with just one year of selling under his belt, Michael is already a six-figure seller, officially hitting $410K in sales for 2018. After meeting Michael at the FBA Boost conference last year, we knew his story should be shared.

Future sellers, you’re about to be inspired!

How did he get started?

While Michael didn’t have any experience selling on Amazon, he does come from a long line of savvy businessmen.

With retail sales in his blood, he began his career in the restaurant and bar industry. After college,  Michael opened two restaurants and spent several years expanding his business in and around Baton Rouge. But, once the restaurants’ sales started to slow down, he realized he didn’t have a competitive edge to keep up with the trends.

That’s when he discovered Amazon FBA.

Unlike many other newbie sellers, Michael went all in immediately. He realized that selling on Amazon was the opportunity he’d been looking for and, within a few months, he sold his bars and restaurants, and came across Jungle Scout during his research into selling on Amazon.

From the beginning, Michael knew Greg wasn’t running a pyramid scheme (a term that comes up again and again in e-commerce). He took advantage of Jungle Scout’s free resources, available to members and non-members alike, and followed along with their case studies. Then he decided to invest in Jungle Scout’s software.

His Amazon education had begun.

First, he looked at products on Amazon that he could manufacture himself, package, and send to Amazon. It was a test, and the product he chose sold out on day one!

He calculated that if he maintained that pace, his sales in a single month would match Jungle Scout’s sales estimate for the item.

Next, he stopped manufacturing the product himself. Instead, he began buying his product pre-made. Again, after a bit of time, the sales of his product matched Jungle Scout’s estimates.

“If people won’t laugh in my face when I tell them what I’m selling, it’s probably not the right product.”

Michael knows first-hand that navigating Alibaba.com might require more time, research and creativity in the near future.

Instead of using one manufacturer, sellers might involve multiple suppliers, each owning a specific part of the production process. And, to really keep those trade secrets safe, sellers might then ship all of the individual pieces to yet another manufacturer, having them build and package the product before shipping it to Amazon.

Being a successful Amazon seller is not as easy as changing the color on a product you find on Alibaba.com, and saying that’s your edge. That’s not enough. You need to get creative.

As for Michael, he hopes to visit China someday to meet with manufacturers in person, to develop new, competitive products!

“[Jungle Scout] is like using a drill instead of hand-cranking a screw in.”

Have you faced any challenges, or have any horror stories, as a seller?

When you start the journey of becoming an Amazon seller, there is one absolute. Every beginner makes mistakes. Some are massive and some are super tiny, but the size of the mistake doesn’t matter. The important thing is that you learn from each and every one.

Thankfully, Michael took the lesson his error taught him and became an even savvier seller.

Michael made a large, $10,000 investment in one of his products, and he worked hard to get a high ranking and prime page position. But then, out of nowhere, negative reviews started to roll in. His product’s rank and page position plummeted.

Confused by the sudden change in people’s opinions of the product, he started investigating. Not long after, he noticed a new listing for his product. Except that it wasn’t Michael’s SKU at all – it was a hijacker’s product!

Though finding out that a hijacker is selling a low-quality version of your product is a seller’s worst nightmare (they take your profits, while destroying your product’s reputation), Michael didn’t panic. Instead, he found a letter template in Jungle Scout’s free resources to send as a ‘cease and desist’ letter to the hijacker.

Within hours the seller took down the listing and issued an apology! Nine times out of 10, if you approach a hijacker the right way, the fake product listing is removed.

The lesson Michael learned? Turn to an experienced community of sellers first, before going to Amazon and filing a complaint. 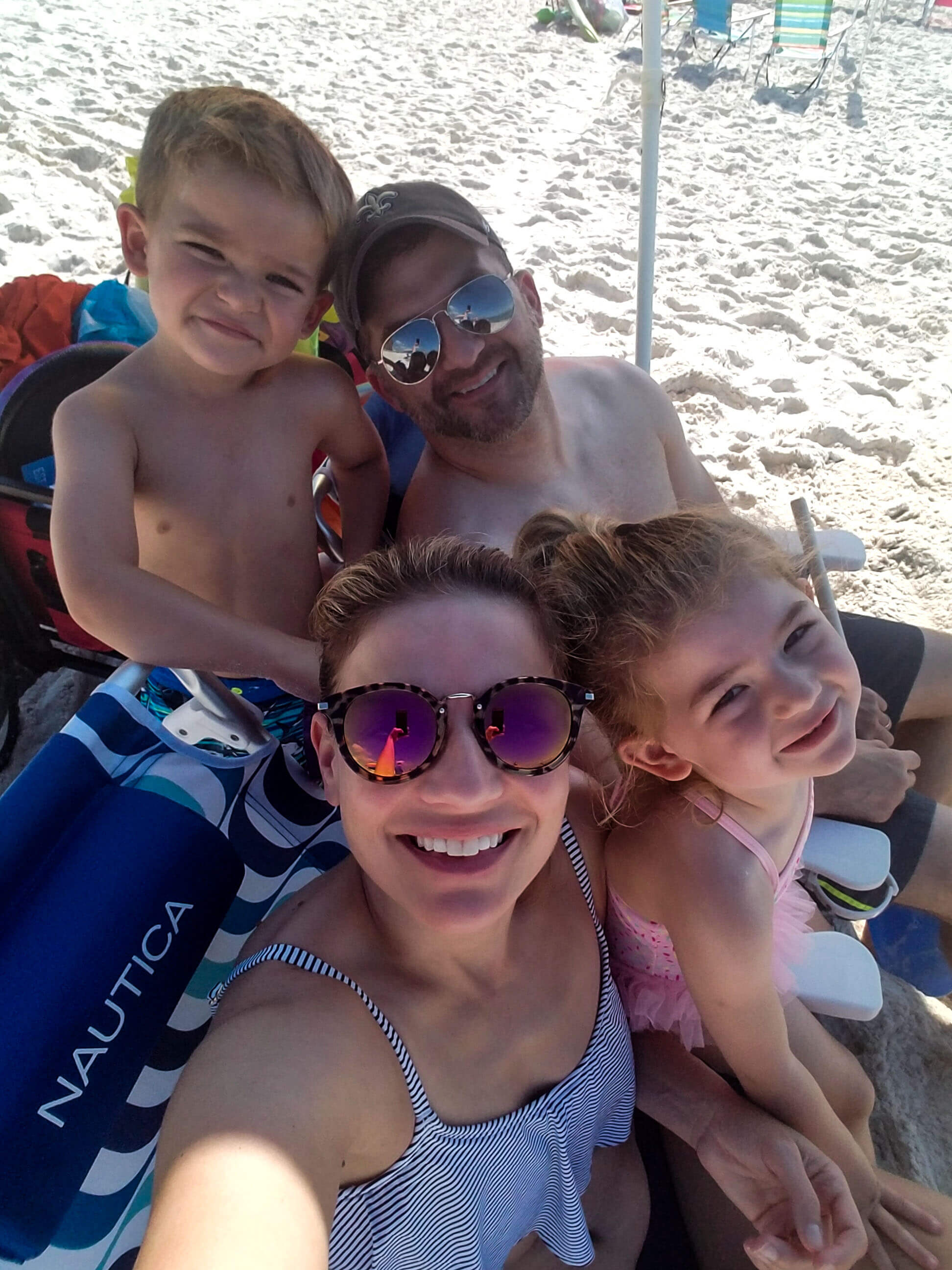 And Mistake #2: Here’s What Happened

In 2018, Michael did face an additional setback when he was only able to launch two of the three products he had planned to release. He experienced delays due to Chinese holidays, which isn’t uncommon. Manufacturers shut down during certain times of year, with the longest happening during the Chinese New Year.

If you don’t plan accordingly, you might have to wait until after the holidays to get your product. And that delay can be costly. But for Michael, it was a minor hiccup. Now he’s on track to launch that third product during this first quarter of 2019.

Lesson learned this time around? Plan ahead, taking certain and potential disruptions into account when setting product launch timelines.

What does the future hold?

Michael is always looking at the bigger picture, and is creating a backup plan. Call what you want, but he feels secure knowing a plan is in place in case Amazon FBA doesn’t last forever.

That said, he’d love to get to a point where he’s selling 100 different products on Amazon. If he achieves that, he said he’ll be less motivated by the money, and will be content with his success.

He’s also considering expanding internationally. Currently, he’s educating himself about the differences between global marketplaces, so he’ll be prepared if and when he does make that move.

“This isn’t a scam! It does take some money, but I started small so that I could build up some capital to grow bigger…it works, and it works to the numbers that Jungle Scout says. What other proof do you need?”

Finally, his 2019 goals are to add another 10 product SKUs under his brand (which he projects will more than double his 2018 revenue) and to reach $1.2 million in revenue. He’s confident both are attainable by the end of 2019.

Looking back, Michael said it was terrifying to close the door on one industry before knowing he would be successful in another, especially with a family to support.

But, after being his own boss his entire life, even thinking about working for someone else was unbearable. So, he took the leap. Knowing there had to be a better way, he kept looking until he found one.

As Michael told Greg, Jungle Scout is merely a starting point. Once your product research has produced several ideas, you need to keep digging. Find a nugget within a nugget, and that’s what will set you apart from the competition.

And speaking of the competition, he believes there is still lots of room for more FBA sellers. Inside the community, the Amazon marketplace seems super-saturated and uber-competitive. But, in comparison to the US population, the pool of sellers is still small.

You’re not too late. You can still put your stake in the ground and claim some land!

Ready to claim some land of your own? Get started today and leave your reactions in the comments!