Good business ideas aren’t super rare. After all, we’ve probably all come up with something that we think there’d be a market for. Maybe you’ve invented a kitchen knife with two handles. Or you created a card game that’s like Apples to Apples with dirty jokes.

But how often does an entrepreneur put an actual car into space to draw attention to their brands?

If you haven’t already heard, Tesla, in conjunction with SpaceX, put a Tesla Roadster into space with the launch of SpaceX’s new Falcon Super Heavy rocket.

And that’s because Elon Musk, Tesla and SpaceX’s founder, is a mad man. And a genius.

Edit: Elon Musk didn’t actually found Tesla, but is the CEO and one of its early investors. Thanks to the folks in the comments who so kindly pointed that out.

Good Business Ideas We Can Learn from Elon Musk

To say that Elon Musk has good business ideas would be an understatement. The man has brilliant business ideas. World-changing ideas. And some of those, of course, are far above and beyond what the typical entrepreneur like you and I are capable of doing. The Tesla Roadster alone costs $200,000. And, oh yeah… the Falcon Heavy Rocket runs for about $90 million. 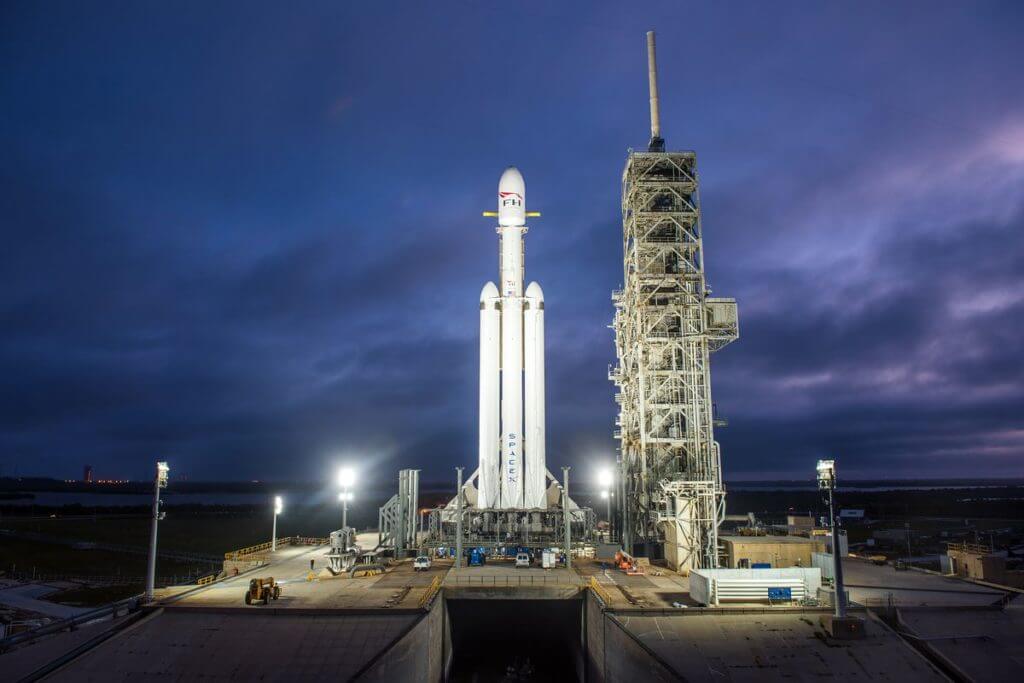 (And to think, some people scoff at giving away promotional products at 90% on Jump Send!)

But it’s Elon’s willingness to go big and bold that really sets him apart from most entrepreneurs. We don’t need multi-million dollar budgets to learn from that. In fact, we can take some of the broader ideas and learn a lot.

Here’s nine valuable lessons and good business ideas that we can learn from Elon Musk which we, as sellers, can apply to our Amazon businesses.

Launching the Falcon Heavy rocket into space itself was an amazing achievement. Beyond it’s million dollar price tag, the Falcon Heavy is the largest rockets ever created. That, in itself, is enough to attract people to SpaceX’s good business ideas. But what really made the launch unique, of course, was the car they put into space. And if that wasn’t enough, they surrounded it with cameras so we could watch it on its flight… er, drive… to space. That’s bold.

Consider similar good business ideas with your own Amazon business. By now, everyone knows the basics of launching an Amazon product: source it, import it, launch it, and give away some promos on JumpSend to beef up your ranking. But how can you go bold? Consider these bold and potentially good business ideas:

At Elon’s first company after college, Zip2, he took very little from the business. He was known to sleep at his desk. He drove a cheap car. It wasn’t about taking a big paycheck or “living the dream”, it was about building something. 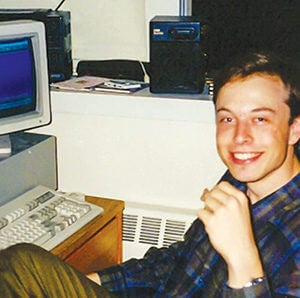 The same with your Amazon business. As you’re building your private label brand on Amazon, don’t think about taking a paycheck even when you have a great month. Instead, focus on what products you’ll get next, new ways you can market, and other methods to build.

When PayPal, Elon’s second major company, was trying to build its customer base, they offered users $5 to sign up. Who’s going to say no to $5? Of course, this cost the company a ton of money, but in the end it worked out. Ebay later bought PayPal for $1.2 billion, cementing Elon Musk’s position as a brilliant entrepreneur.

When launching a product on Amazon, it can be tough to cut in front of the thousands of other products and get in front of more people. The best way to do this is through instructing Amazon’s search algorithm that your product is worth notice by giving away promotions. Of course, just creating a promotion isn’t enough. You’ll need to advertise it, too. The fastest way to do that is by putting your Amazon product onto a promotional marketing platform like Jump Send.

Elon’s got a crazy sense of humor. For example, Tesla’s models are S, 3, and X (get it?). He called his tunneling company The Boring Company. And let’s not forget that he created a lightweight portable flamethrower and made videos of him “playing” with it. If that wasn’t enough, he also put up this twitter post:

Previously, Kym wrote in the Genius Series that when it comes to product research and good business ideas, it’s better to sell a product that you love than one you’re doing just to make crazy profits. Elon’s companies have always been about changing the world. He’s working on what he loves and having a ball doing it.

Learn more about selling products that you love by clicking here…

Electric cars with door handles that pop out when you get near them.

Nobody asked for these things, or if they did, they could not have possibly imagined that the products would be as great as they were. These were more than just good business ideas.

Henry Ford once said, “If I gave the customers what they wanted I would have just given them faster horses.” Elon Musk lives by the same philosophy.

When creating great products to sell on Amazon, of course you will want to use Jungle Scout to find great niches and profitable product opportunities. But the real key to success on Amazon is through innovation and creating what’s never existed before. Whether you’re bundling products that make sense as a unit, changing the color, or just having fun with something that’s already there, get creative. 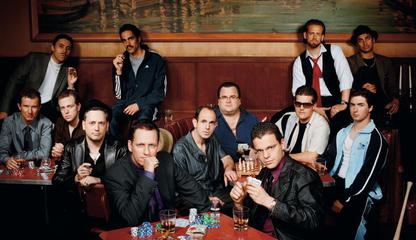 They’re known as the PayPal Mafia.

All of these people built PayPal. And after PayPal, they all went on to do bigger and better things.

Peter Thiel built Palantir and was one of Facebook’s first equity partners.

Having a great team and great mentors (many of these people still assist Elon Musk today) is key to entrepreneurial success. This is something we know all too well with Jungle Scout. Many of us look up to Greg as our mentor, and even Greg has mentors of his own that he follows.

7 – Being an Entrepeneur is Hard Work, But Worth It

There’s a great quote from Elon Musk that occasionally makes its rounds on social media.

Now, that isn’t meant to scare people off.

In fact, when Elon originally said it at the Founder’s Forum. he followed up with a “evil” laugh. And it’s true, being an entrepreneur is hard work. Yet, having a good sense of humor about the trials and tribulations you’ll face an entrepreneur–especially if you’re an Amazon seller, is simply a good business idea.

8 – Begin With the End in Mind

Which is a pretty bold goal considering we’ve yet to even put a man or woman on Mars, let alone have the resources to allow someone to retire on it.

But Elon is fully aware of this. Therefore, everything he does with SpaceX, Tesla, and all his other companies works towards that goal of retiring on a lifeless lump of red rock 54.6 million kilometers away.

Sometimes it can seem like things are as far away as Mars. But it’s the little steps that matter.

In one of my favorite books, Gary Keller and Jay Papasan’s The One Thing, Keller and Papasan encourage that we chase the big goals. Once we know where we’re going–whether it’s a 7-figure Amazon business or a retirement cottage at the edge of Valles Marineris–we can start working our way back from that goal.

Working backwards from a “someday” goal.

The process is simple. First, state your goal. Then, break it down into smaller bites.

“Some day I want to be a 7-figure Amazon seller.”

Okay, so what do you need to do in the next five years to reach that point?

Okay, so what do you need to do in the next year to reach that point?

“I need to have at least 5 SKUs each earning an average of $833 in net profits.”

Okay, so what do you need to do in the next month to reach that point?

“I need to have researched and sourced at least 1 profitable product that can earn an average of $833/month in net profits.”

Okay, so what do you need do in the next week to reach that point?

“I need to use Jungle Scout to track at least 100 unique products to sell on Amazon.”

Okay, so what do you need to do today to reach that point?

“I need to get use Jungle Scout’s Extension and research at least 15 products.”

Okay, so what do you need to do RIGHT NOW?

“I need to start messing with the extension.” 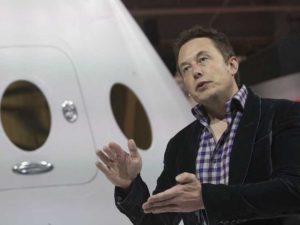 Did you know that Elon Musk taught himself rocket science.

Literally. He taught himself ROCKET SCIENCE. And he did it through reading textbooks and speaking to industry heavyweights.

One of SpaceX’s engineers Jim Cantrell, a rocket scientist himself, was blown away by Elon’s determination to learn as much as he can about what he was doing. “He knows everything about what he’s building,” said Cantrell. “He is the smartest guy I’ve ever met, period,” Cantrell tells us. “I know that sounds overblown. But I’ve met plenty of smart people, and I don’t say that lightly. He’s absolutely, frickin’ amazing. I don’t even think he sleeps.”

Now, that’s not to say that we’ve all got to go out and memorize textbooks on rocket propulsion and astrodynamics. But it definitely pays to have a good mind for all the different elements that goes into operating a business. Those are good business ideas whether you’re building rockets for the government or selling fidget-spinners on Amazon.

Here’s just a few resources to help get you started with an online business:

Elon Musk Has Good Business Ideas… But So Do You!

Elon Musk is a Genius. We all know that. But so are you. And you don’t have to run a couple billion dollar companies to create good business ideas. Amazon selling and Jungle Scout are the perfect combination to express your creativity and develop a brand that’s all your own.

If you’re new to the Amazon selling process, be sure to check out The Genius Series where we dig into actual steps to selling your own branded products on Amazon. It’s totally free and will offer nearly 500 pages of written content and 5+ hours of video content.  Just click the button below to learn more.