The U.S.-China trade war has been intensifying throughout the summer and, over Labor Day weekend, a new round of tariff increases took effect on $300 billion worth of Chinese imports.

Amid the standoff, we reached out to our community of Amazon sellers to understand the implications of the trade war firsthand.

Thanks to their feedback, we learned that:

Based on this information, Amazon sellers are clearly feeling the substantial impact from these tariff increases. And many are wondering if sellers will raise prices for consumers, lay off employees, or fold their businesses altogether — or, if they’ll weather the trade war storm.

But before we break down the survey data, it’s important to understand the current situation.

How did we get here?

The Trump administration initiated talks about tighter tariffs starting in 2017. Since then, the tariff tug of war has only intensified.

Jungle Scout, the leading software for Amazon product research, conducted a survey between August 14-26, 2019 among 197 Amazon sellers who source their products from China.

An overwhelming number (72%) of the sellers have already experienced an increase in their costs due to the trade war with China. 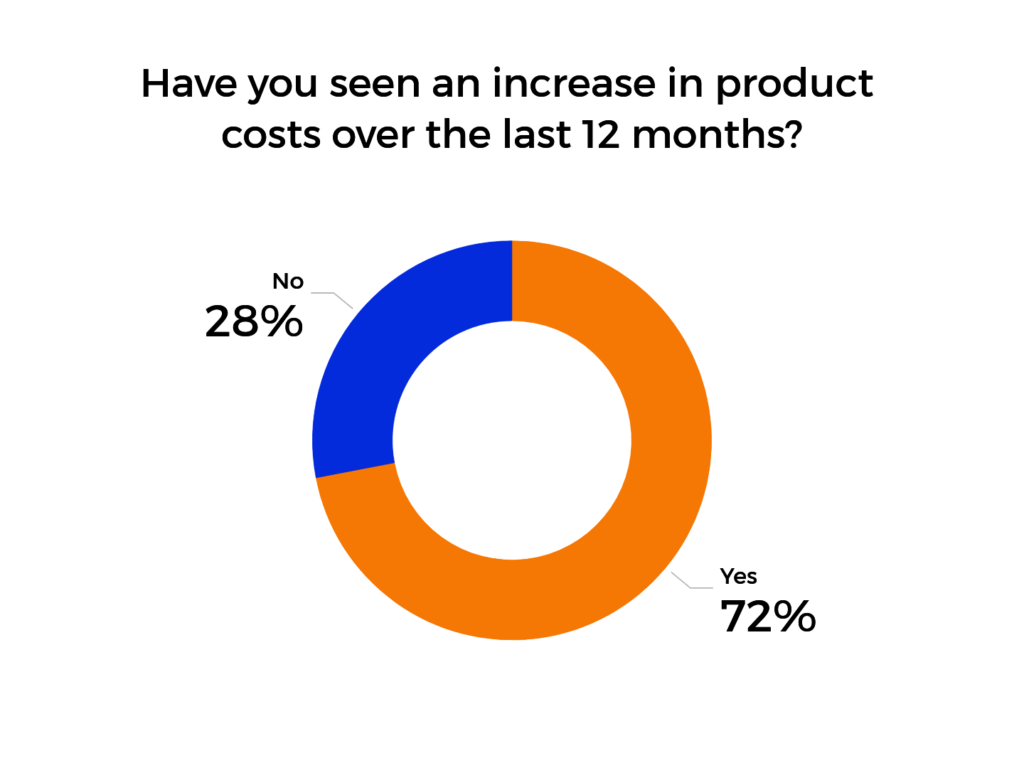 Seventy-two percent have also seen the cost per unit of their product rising. And the average product cost increase for that 72% of sellers was 17%.

However, some sellers reported product cost increases as high as 80%.

As for the products that have seen an increase in costs, sellers reported that they are widely distributed among Amazon’s parent categories.

For that reason, it would be difficult to say that sellers switching to a new product category (in the hopes of easing their financial burden) would be relieved of any monetary pressures. 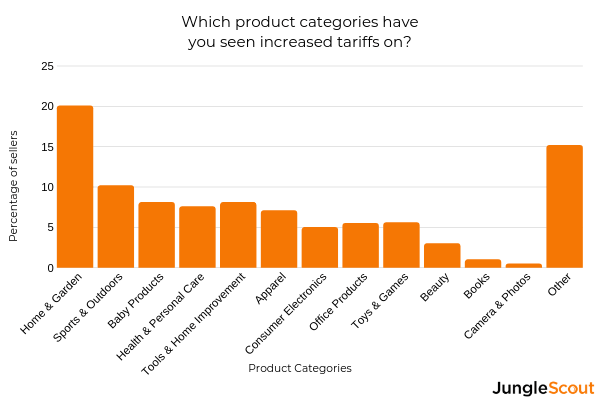 To survive, they’ll need to either raise their prices and pass the cost increase onto shoppers, or they’ll let their profit margin take a hit, instead of their customers.

Yet, some Chinese manufacturers may be willing to share the cost of the tariff increases, as splitting the cost may help suppliers save or maintain their business relationships.

If a Chinese suppliers’ hands are tied, though, sellers may be forced to place smaller orders. Keeping less inventory in Amazon’s warehouses could help small business owners make ends meet.

But, reducing order size is far from ideal. Smaller orders could end up harming the respected supplier/seller relationship that many have worked hard to build.

Rather than putting a strain on their supplier relationships, sellers could move their manufacturing to a different country to avoid these tariffs entirely. 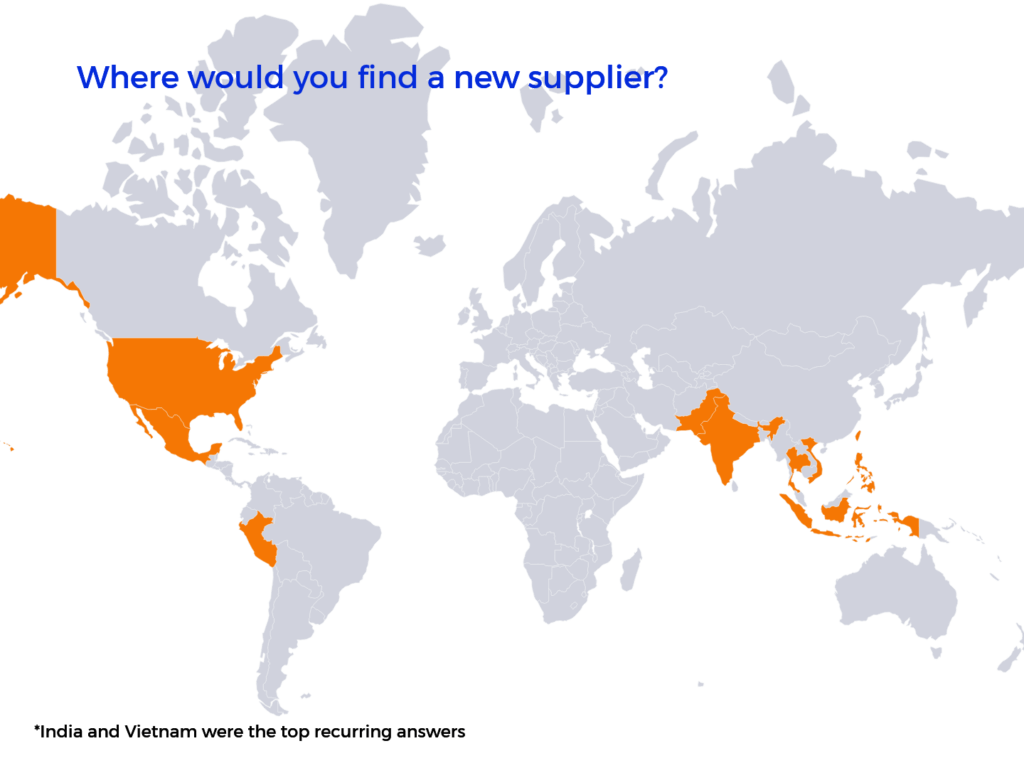 Sourcing products outside of China

More than half (51%) of survey respondents have already considered sourcing outside of China.

And the majority of those respondents will be keeping their eye on Asia as the most cost-effective territory for manufacturing, with Vietnam and India leading the way as alternate sourcing options.

Of the 51% of sellers already exploring alternative sourcing options, 19% stated that they will look at moving their manufacturing operations to the United States.

While bringing business and jobs to the U.S. aligns with President Trump’s vision for America, for most sellers, manufacturing in the U.S. just isn’t feasible.

Plus, certain product materials may still need to be imported to U.S. suppliers, so the seller would still be hit with the increased tariffs. 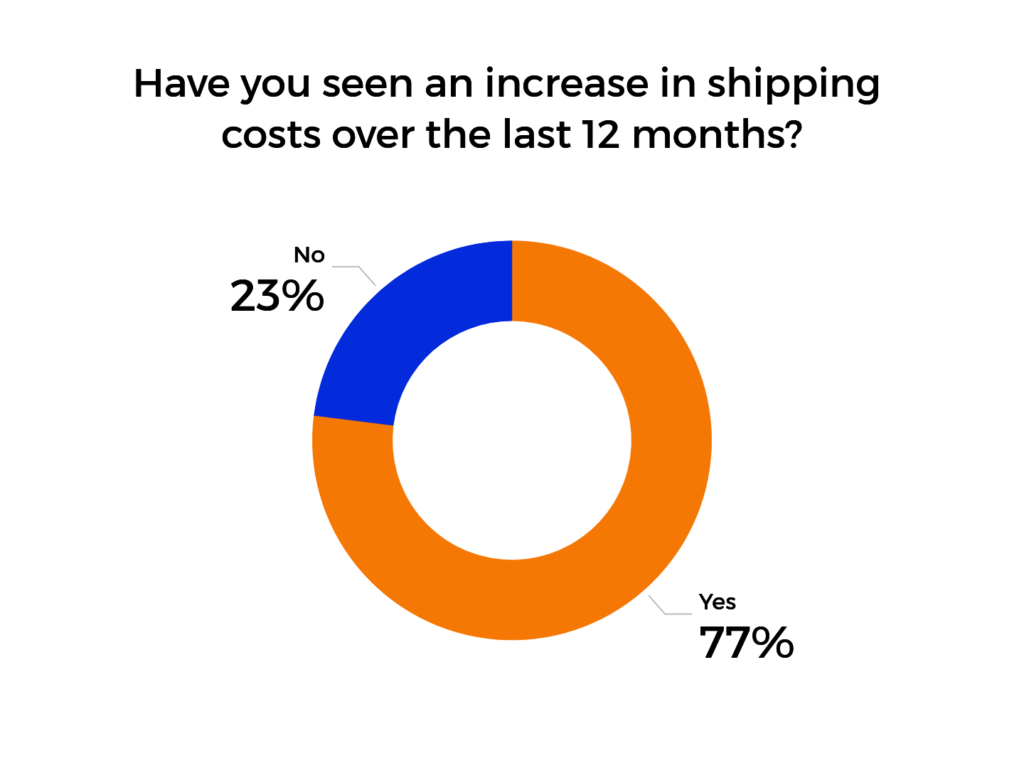 In addition to product manufacturing costs, we also asked sellers if they expected freight costs to increase.

This tells us that third-party freight service providers are also feeling the pressure from the increased tariffs, and that they might be passing those costs onto sellers.

Lastly, and perhaps most importantly, we learned that 26% of sellers is willing to walk away from Amazon completely, instead of choosing a new supplier or forcing their customers to carry the extra costs.

Some sellers will see that as an opportunity to scoop up the departed seller’s customers.

But, the bigger implication here is that a significant number of sellers are starting to feel there is no other way out. Ultimately, the full impact of the tariff increases on small business owners has yet to be determined.

Is the end of the trade war in sight?

This response to Trump’s latest threats–to raise certain tariffs from 10% to 15%, and 25% to 30%–might be China’s move to avoid further conflict.

And with National Day of the People’s Republic of China coming up in October, and the 2020 U.S. presidential elections approaching, maybe we’ll see these world leaders walking back these tariffs.

Until then, however, the U.S. plans to raise an existing 25% tariff on some Chinese products to 30% on October 1, 2019. And they will add a new round of tariffs to consumer goods, such as electronics (TVs, laptops, cell phones, etc) and apparel, on December 15.

In other words, the trade war continues.

Want to learn more about the history of this trade war, or how to source outside of China? Check out the following:

Have the tariff increases affected your business too? Then please let us know in the comments. We’d love to hear from you!