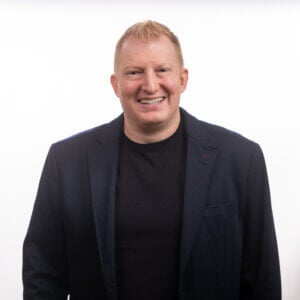 “I’m delighted to welcome Stephen Curial to Jungle Scout to scale and solidify the company’s position as an industry leader in analytics tools for ecommerce sellers,” said Greg Mercer, Founder & CEO of Jungle Scout. “It is the perfect time to bring on an expert of Curial’s caliber during this period of rapid company growth for our business.”

Curial comes to Jungle Scout from Amazon, where he served as Director of Software Development and led a large global team. During his 10-year tenure at Amazon, Curial oversaw Fulfillment by Amazon (FBA), the retail electronic data interchange (EDI) platform, and technology teams for the company’s dropship business. During Curial’s leadership at Amazon, the company saw a 704 percent increase in annual revenue (1). He helped launch over 120 features for Sellers, launched FBA in 9 countries, launched the FBA Small and Light program, and is co-inventor on the patent for Seller Fulfilled Prime technology.

Curial’s experience also includes software research and development roles at IBM, Xymbiant Systems, and the Government of Alberta. At Xymbiant he created a natural language processing (NLP) framework that processed tens of thousands of natural language requests. At IBM, he implemented his thesis idea into their production compiler and directly contributed to setting the world records on the four biggest benchmarks: SPECInt, SPECFloat, TCP-H and LINPACK that claimed the number one spot on the Supercomputing Top 500 list.

“I’m passionate about growing and scaling innovative companies like Jungle Scout and jumped at the opportunity to take on a new challenge,” said Curial. “The role of CTO perfectly marries my technical experience, management skills, and background in the seller business. I look forward to building a remote world-class engineering and data science team that builds the best SaaS offerings for Amazon and other ecommerce sellers and enterprise brands.”