When it comes to dollars, Amazon deals in billions.

In fact, just a few weeks ago, France fined the company €4 million for what it termed “abusive conditions” imposed on retailers wanting to sell on its platform, according to The Telegraph.

But is it actually a lot of money in the eyes of Amazon? Just how much revenue does the site make, and what — theoretically — could the tech giant do with that kind of cash?

How much money does Amazon earn in one year?

It can sometimes be hard to visualize what those numbers actually look like. To put it into perspective, we broke out how much the business makes per second based on gross revenue.

If Amazon earns $232.9 billion a year, that translates to:

As for paying off its fine to France, it would take Amazon just under 10 minutes.

For many, 10 minutes passes by quickly. That’s how long it might take to make a cup of coffee in the morning, take a quick shower, or for a “slow” PC to boot up.

But Amazon is titan of an organization which amasses enormous amounts of money every minute — which pile up considerably in a year.

What kind of buying power does Amazon have?

With the data in hand regarding how much Amazon makes in a year, a day, a second, etc., we started to wonder what Amazon could theoretically buy with it. The answer? Just about anything.

How long would it take Amazon to buy a family home? Exactly how many “priceless” paintings of da Vinci’s “The Mona Lisa” could Amazon buy with its year revenue? If Amazon wanted to buy the state of Washington, what would it cost and how long would it take? This is the result of that thought experiment: 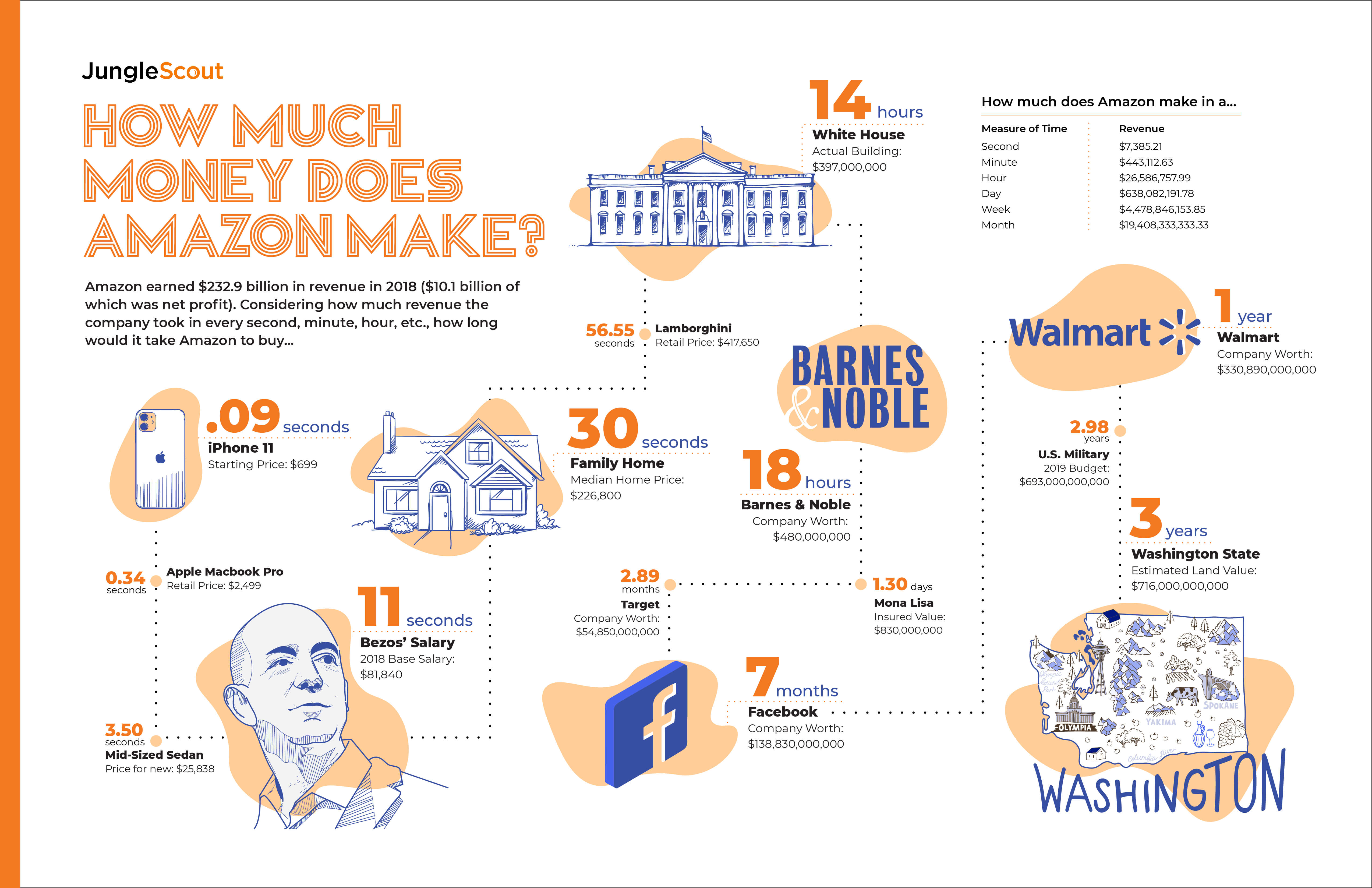 Want this infographic on your own site? Just copy and paste the code below!

Obviously, Amazon has the capability to purchase a lot. Granted, this is all based on its revenue and not its profit. But in the name of fun and curiosity, it is interesting to see certain insights like:

Amazon is, of course, likely putting much of its green toward technology, salaries for its hundreds of thousands of employees, and generally running a massive multinational corporation. But, it’s fun to dream!

From beginner FBA seller to tenured expert,
Amazon sellers get their tips and news here.